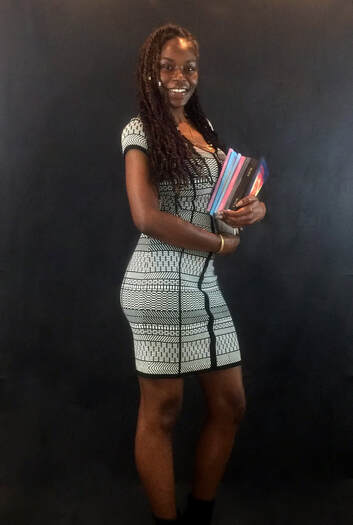 ​Netta B. formally known as Netta Boo has been dabbing in the entertainment industry since late high school. In her senior year she signed a management deal with Millennium Models located in Kansas City Missouri. The event was short live due to family issues putting a halt to her endeavors at that moment. In early 2000's Netta decided she would move to Atlanta and see where her journey could take her. While in ATL she conquered a variety of quest from working on set as principle to extra work. She even took it a step further working behind the scenes as well in hair and make-up. Hosting star studded events being a promotional model or acting as a Brand Ambassador for major companies and brands alike. She also has published model credits in men magazines and websites. Being that Netta B. is an absolute fanatic when it comes to music no matter the genre. Her most memorable quest was hosting the LIVE Hot Seat Takeover Show.

"I loved hosting The Hot Seat Takeover show because of the talent alone. It is amazing how many talented people are out here and unknown with real things to say. I would sit and the back sometimes in awe like oh yea on me now, I'd forget I was part of the show. Music will always be my heart but if you give me a man who can sing, I might just trade the music over for him. LOL"

Netta says her most valuable quest was becoming a part of Tony Neal's Core Dj's as a Core Model. Being affiliated with this group put her in arena of key players and plugs along with offering and opening a lot of doors for her. In between chasing a dream to be an A-lister Netta was writing about every feeling, every emotion, every doing, EVERYTHING. So, in 2014 she created WPB a company with a vision to just produce. Produce what you ask?

​"Any and everything that's what being a Wild Pearl is about." she said. "Being different, rare, and bringing the Wow factor out. Two pearls are never the same and their definitely not easy to find but when you do you cherish it. I'm just trying to produce gems."

Chase a DREAM catch your REALITY